Wildlife on the Kern River

With a diet that consists entirely of fish, the Osprey dominates the Kern River as the premier hunter. Witnessing an Osprey dive with unrelenting power into the Kern and emerging with a trout is one of the great wildlife sightings one can witness along this wonderful river. This happens more often than you might think. The Lower Kern has an especially robust population of Ospreys. Last September we spotted nearly 20 in one day! 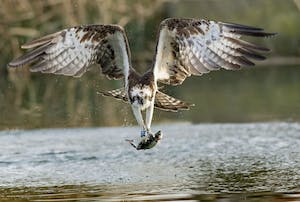 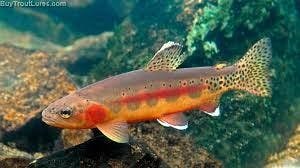 The Cougar has a massive habitat range, spanning from Northern Canada to the Andes of South America. These steely hunters are rarely scene, but are ever present along the Kern River. Small deer, rabbits, ground squirrels, and carrion make up a majority of their diet. If you spend enough time along the Kern a Mountain Lion is likely to see you, but you are unlikely to see it. 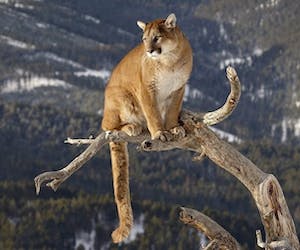 Semi-aquatic Rodent has a nice ring to it, doesn’t it? Sounds like an LA based Indy-Rock band that would come rafting with us and forget to bring shoes. Footwear is super important on the Kern River. Most accidents happen walking around on the beach… oh yeah, beavers! These busy, inner bark eating mammals enjoy the abundance of trees along the Kern and are constantly changing the habitat. Lewis and Clark compared the taste of a beaver’s tale to bacon. 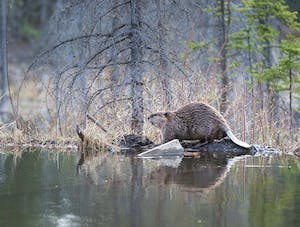 The American Black Bear is the most common bear species in the world and the only bear left in California. Before the human population in California exploded, the Kern would have been an immaculate habitat for Brown Bears as well. Black Bears struggle in the heat and will be most active when and where the weather is cooler; spring, fall, high elevations, and the evenings. Omnivores will find the Kern River to be a wonderful habitat; fish, small mammals, flowers, grass, and berries are all available for resourceful animals. There is a subspecies of bear found along the reaches of the lower Kern known locally as the “Pig Bear”. The Pig Bear is known for moving around at night, and during mating season, making a loud bellowing noise as they search for partners. 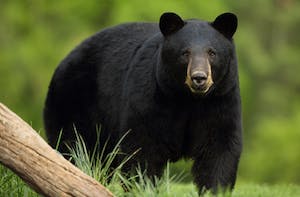 This is another prominent bird of prey found along the Kern River. Easily identified by a compact, powerful wingspan and a red tail, these opportunistic hunters are searching for ground squirrels, lizards, rodents, and smaller birds. You could be traveling in Los Angeles, the Alaskan Wilderness, Mexico City or the banks of the Kern River and you are likely to see this incredibly adaptable bird. 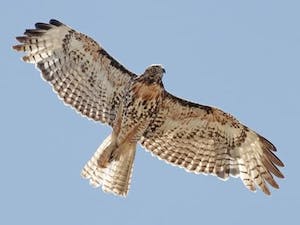 Anna’s and Allen’s hummingbirds can be heard and seen zipping around with a purpose along the banks of the Kern River. These gorgeous birds live a fast paced life-style, darting from one nectarous flower to the next, snapping up small insects along the way. Even the smallest of animals can play a pivotal role in the healthy eco system along the Kern River. 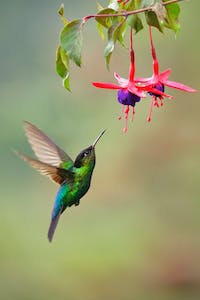 This year-round resident deserves some acknowledgement for sticking around through the high-water and heat of summer, and the chilly winter months. In the spring and fall when Kernville is a bit slower, it is a lovely site to walk along the banks of the Kern and see these pre-historic looking birds perched on the rocks, patiently waiting for some unsuspecting fish to swim by. 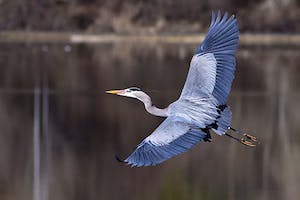 Kern River Rainbow Trout are endemic to the Kern River and tributaries, from Lake Isabella upstream to the headwaters. The rainbow trout found below Lake Isabella are different as they have bread for years with coastal and hatchery trout. The legend of the massive Kern River Trout spread to anglers in the 19th century who put a substantial dent in the population. Stocking of the upper Kern River with non-native Rainbow Trout has also had a negative impact on the population. A genetically pure cluster of Kern River Rainbow Trout were found near Big Arroyo and plans have been hatched to rear and distribute these fish along the upper Kern while simultaneously removing the non-native Rainbow Trout

During the winter months, numerous bald and golden eagles will move to lower elevations and inhabit the trees alongside the Kern River near Kernville. Occasionally a nesting pair will make this area a more permanent home, but typically these massive birds of prey will move to higher elevations during the summer. When rafting on the Forks of the Kern (the two day wilderness rafting trip on the Wild and Scenic Kern River), it is common to see Golden Eagles soaring above, looking for small mammals and carrion. Bald Eagles will do the same, but are also looking for trout in the river to scoop up. 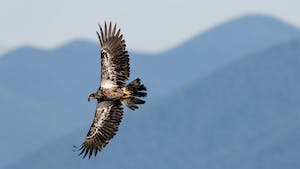