About The Kern River

The Kern River area is a whitewater wonderland. The river and its tributaries offer some of the most varied, challenging and aesthetic whitewater boating in the world!

The North Fork features the premier expert wilderness run, The Forks, and over 20 miles of easily accessible, roadside boating. The Lower Kern has dependable summer flows, warm water, and exhilarating rapids. The Kern Below Democrat (Cataracts of the Kern) has awesome class IV, V, and V+ whitewater (Class I being very easy, and Class V or higher being very difficult) that even the most experienced boater will find challenging.

Like steep creeks? Brush Creek is one of the best, and Dry Meadow Creek even steeper, more difficult, and amazing! 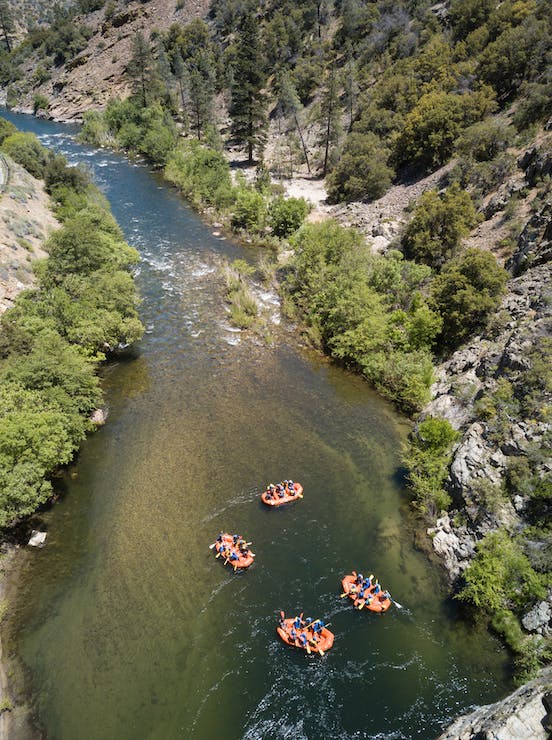 The information presented here is not a substitute for your own good judgment. There is a saying, “You never run the same river twice.” Very small changes in flow can result in dramatic changes in the way a rapid is run, or even if the rapid can be run. Logs, strainers and other hazards can appear overnight. Rapids can be changed by floods, landslides and other geologic processes. Even the simple shift in the position of one boulder can dramatically affect the safety of a rapid. It’s a good idea to check with local boaters prior to doing a run, and “If in doubt, scout. If still in doubt, portage.”

Any river can be a dangerous place. The best way to learn about rafting or kayaking is through a professional outfitter. We offer many different kinds of raft trips and kayaking lessons, so you can maximize your enjoyment of the sport and all that it has to offer. Always, always wear a proper lifejacket when on, or near, the river!